When mtp decided to take on one of Shakespeare’s most complex plays, Matthew Townshend was adamant none of the poetry and wonder should be lost.

Equally he wanted to make the play more accessible – especially to younger audience members – so decided to tell a simpler, clearer version offering a fresh take on the key themes of revenge and power.

The result was a huge success.

It opened with newsreel footage – an airship bringing the royal party home had been brought down in a storm.

Then throughout the play, a number of the survivors were seen only on film, as if Prospero were watching them via the agency of cameras set about the island.

It was original, unique and beautifully crafted – with the superb accompaniment of music specially commissioned from BAFTA award winning composer Michael Jeffrey.

This was particularly successful in a haunting score for ‘Where the bee sucks’. 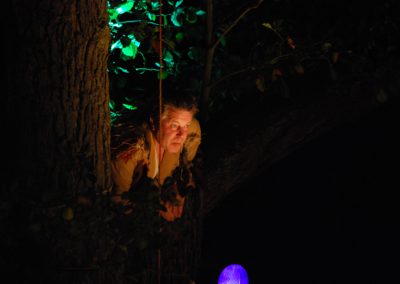 There are no upcoming tour dates for this production.

Tickets for this performance are no longer available.